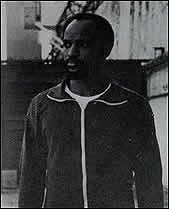 Image by crsosone via Flickr
Geronimo Pratt
we salute you and your life
Ancestors await
Before I began this blog about elder Geronimo Ji-Jaga Maat Pratt I first want to salute the elders in my life that made it possible for me to meet this man and have a serious discussion with him about the freedom struggle of the past, and the future.
My path to meeting elder Geronimo was a long and blessed path that allowed me to run into elders all over this world and it is important for me to send shouts all to all of them , as well help the reader understand the power of service to your community, and walking this Journey. My story begins with meeting an elder by the name of Tony West who did a performance for my incoming class of 1987 at OSU. Through him I was introduces to the African center for study and worship. I volunteered and helped a historian by the name of Nommo X who in turn introduced me to Dr. Moriba Kelsey who gave me my first job in the community, and through this job I met an elder known today in the Mighty Simba/Simsa nation as the BABA. The Baba introduced me to a pivotal elder in my life who put the call out to form Simba. This Elder's name is Gaylord Thomas. Through Elder Gaylord I was able to meet many elders throughout the USA who were involved in the Freedom struggle from many different cultures including but not limited to Elder Nane Alejandrez co-Founder of Barrios Unidos, Elder Shedric Sanders, Elder Danny Glover, Elder Gus Newport, and Elder Harry Belafonte. I just want to pay homage to these Elders in my life now because they have lit a fire in my heart that burns and keeps me moving, so with that i say much LOVE and Respect to all those mentioned and those not mentioned. If you were not mentioned know that it is a slight of time and the mind , and not one of the heart.
I met elder Geronimo at Simba camp about 4 years ago. He just came to the US to check on his family and Elder Gaylord was able to convince him to come to Camp to visit our Nation. This Elder came and stayed and ate with us for a few days, and was a well of wisdom and was willing to share all he knew with our Nation. I was able to steal him away for a 2 hours to talk with my Tribe and the information he shared with us was amazing. He allowed me to make a digital recording which was an honor in itself because he told me he usually did not allow interviews (in fact he said he was giving Simba something that he refused to give to Oprah, an interview). he spoke with my young men and kept them interested and begging for more. In fact the questions that these young men asked were pretty impressive, and most of them were not about Tupac. Some of the things we discussed were:
how he got involved in the freedom struggle
his relationship with his elders
Vietnam
The Black Panthers
global politics
Africa
Katrina
Tupac and his Mother
his relationship with Johnny Cochran
His 27 years behind bars
solitary confinement
Just to name a few things. we got a lot out of the time he spent with us, and I want to take time on Behalf of the Simba/Simsa Nation to Salute this Elder/Ancestors and send condolences to his family and many friends out there.
Nuff said
Stay Woke
Peace & 1hunid years 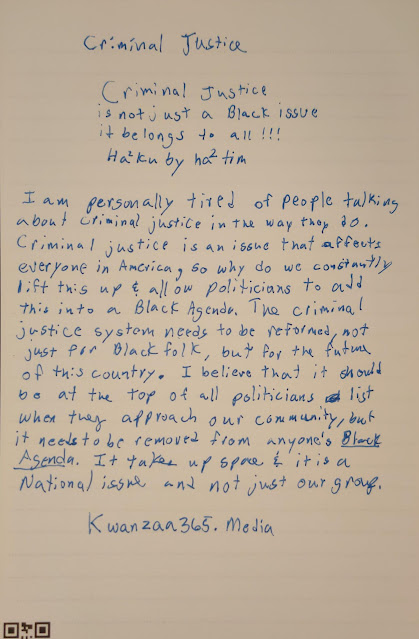