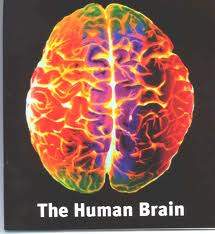 I had the pleasure of reading or should I say listen to some powerful books, and because of the content I was forced to retrace my step in my library. These books (Power of Habits by Charles Duhigg, The Happiness Advantage by Shawn Achor, Outliers by Malcolm Gladwell) all spoke about building habits of success and in some of my memories and notes I noticed the word habit kept appearing, but I never gave it the true focus that it needed. Habits build the template of our lives, guide our decisions, and more importantly our actions. Habits have been the topic of discussion in almost every book that I have read, but this obvious fact has escaped me. Here are some quotes about habits from some of the people that I have ran across in my readings:

“The chains of habit are too weak to be felt until they are too strong to be broken.”
― Samuel Johnson

"We are what we repeatedly do. Excellence, then, is not an act, but a habit."
Aristotle

Habits are one of the most powerful tools that those on the Journey can use on the path. In the "Power Of Habits", the author discusses what is called the habit loop. In the habit loop we learn that a habit is composed of a cue, a routine, and a reward. By understanding the loop we can build habits or redirect habits. We can not change the Cue or reward, but we have control of the routine. By identifying all parts of the habit cycle we can use it to our advantage. The author stress that we can not change the cue or the reward but we have our opportunity when we deal with changing the routine. We will discuss more about this later.
Nuff said
Peace and 1hunidyears