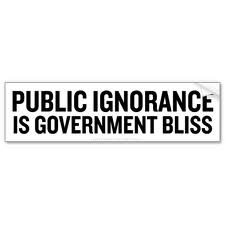 First off I must apologize to those Black men who have received a felony in life. I know that I did not help you commit the crime that you are now serving time for in and out of prison, but I must take my responsibility for my view of your Journey. For a long time I have blamed you exclusively for your actions, but do to some new information that I have received, I have to apologize. I like may people in America has sat by silently while you have been shuffled into a 2nd and 3rd class citizenship. Here is where my ignorance forced on me by fear comes in. I have been suckered into the belief that you alone are responsible for your station in life. After listening to the “New Jim Crow”, I can see the traps that were laid for you and that I have overlooked not because I couldn't see it, but because it was convient to look the other way. Although I have been active in my community locally and nationally I have never sounded the alarm that you were under attack. I have not truly looked at the hurdles that have been placed before you upon your release, nor really did all I could to fight this demon that has been unleashed upon you.
We have allowed a demon to exist in our community and act like we don’t see it eating our children. When we can turn our back on the fact that over 10% of our black men are under the control of the US Criminal system and not sound an alarm against this system. But I like the most of our community has turned my anger toward you, because it was the safe thing to do.
It amazes me that the mass incaceration of Black and Brown men in particular and poor men in general is accepted as normal. Especially in a country that brags about the freedom we provide our citizens. A country that has debates about christian values but denies members of our national family the number one principle of christianity… forgiveness. We allow those who serve their time in our correctional facilities to be treated as if they are not citizens and denie them their basic rights, but will go to war with another country about how they treat their citizens. Give me a break.
I am shocked that we have more black men and women in places of power and the issue of the drug war, and the war on crime is not discussed for what it really is, a cover for a war on Black and Brown men in particular and poor men in general.
So I end this letter by saying I am willing to not only face my ignorance of your plight but to join you in your struggle to crush this evil mechanism that holds you back.
1. We must force politicians to end the war on drugs
2. We must end mass incarceration and redirect that money to community based solutions
3. We must force our government to stop being a hypocrit and deal with the major issue in our own house before we export our system and ideas to other coutries
4. We Must improve the education system and move. It into the 21st century
5. We Must eliminate the discrimination against those who have felonies
I have thrown off my ignorance and will no longer hide behind the fear… the false fear of crime, and drugs. When we allow over 10% of our boys and men to be sacrificed to this demon (called on War On Drugs- Wod for short… this will be a demon in a new story I will create with the information that I have gained) we not only betray our people we betray the country we call our home. To stand to the side and allow these politicians and the powers that be feed themselves on our boys and men is the true crime, are you guilty… do the research and find out!
Nuff said
Peace and 1hunidyears
Posted by ha2tim at 11/29/2012 06:30:00 AM