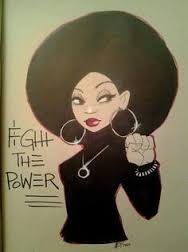 … This has really been a trying week. I am tired so damn tired of reading or hearing the same story over and over. First somebody's child. Someone's baby, now someone's brother/father/son.  It's insanity. No let's call it what it is this is war! Only there is only one side allowed to participate. We are simply cannon fodder. So let me get this straight now in addition to driving while black, playing music while black, shopping while black, children playing while black, selling cigarettes while black we are also no longer allowed to exist while black. Car trouble just got a man killed. Why? Because he looked black or as the animal that shot him stated he looked like one scary dude. Right. Black like I said. Who do we think is coming to save us? Who can we call when we are under attack from those whose job it is to uphold the law? To protect us! We pay them with our tax dollars Oh Jesus? Hold up let me text him right quick. …. NO. That’s not the answer this time. 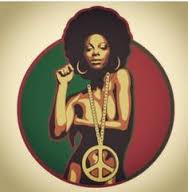 I mean where does it end?  There has already been war declared and some of us just didn’t hear it. Didn’t get the memo. The next time I see or read someone say "all we can do is pray" I'm going to scream. Or delete them. Because no, that’s not all we can do! That’s all they want you to do. I mean who even started saying that nonsense? Is that a real quote from the bible? I doubt it. Jesus was a revolutionary and that’s why they killed him. Jesus was a radical who went against the system of the times. Jesus didn’t sit there and pray for change. He gathered his followers. He spoke out against the priests. He had his followers go out and teach. Yes praying is fine praying is helpful. But so is organizing. So is boycotting. So it training and preparing our children. So is setting up a communications center in your neighborhood. So is stockpiling supplies. So is learning how to use a weapon. We can do all this while praying. Pray over our men and women as they set about this task of preparing.