Rediscovery of The Melaninated Circle
By Mz. Traci
(Pictures are taken from the internet and are not personal property of Mz. Traci) 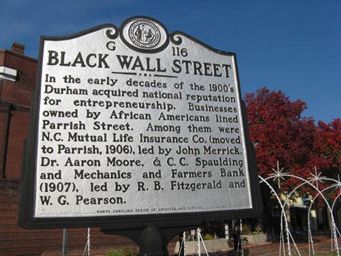 This is necessary to get the black community back to the basics of depending on ourselves and not others. This is needed to uplift and build us stronger as a people. Many of our ancestors were forced to America. Once they were here they were brutally mistreated. We then transitioned from one phase to another trying to gain our independence. Independence to be freed from those that control our every fate. In my opinion we have lost that.

My mother’s mother died when my mother was at pre-school age. It was her grandmother that showed her what family is. From my mother and her sisters I have myself learned about this unity, from being a part of this close knit family. One of the most important things that I remember my mother telling me about my great grandmother was that if one person in the family needed anything and another person in the family had multiples then she made sure that no one was without. I reflect this on the buy and barter algorithm. With this system she created a strength within her family that carries on to those that have never personally met her. This is a prime example of building strength in a circle. Should we lean on and barter and buy with others outside of us a leak will occur that will weaken us. This is why returning back to depending on ourselves and not others is necessary and overdue. 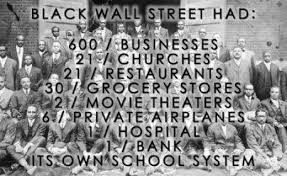 Where this Melaninated Circle exist is within all black communities. It is a circle that can be connected with those blacks who are in conjunction with gaining our strength back and passing it to our children.  The time is now. There is no need to wait any longer because we are already behind. How we begin is buying black. Supporting our own people who are selling products and services.

I am learning more about things like there are 38 Black owned banks and credit unions not too long ago there were only 21. The ones that I found name from, “Watch the Yard” (https://watchtheyard.com/life/black-owned-banks/ ), and they are…

The Melanated Circle is the circle that was established by those whose shoulders we stand upon. Strengthening what they were forced to have (as far as only allowed to mingle amongst themselves) between them, is necessary.  Getting the black community back to the basics of depending on ourselves and not others is a priority. The black community needs to uplifted and empowered. We all we got!!!