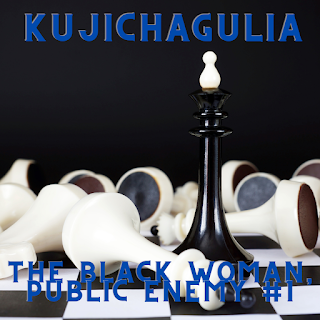 Great Kujichagulia during this week of Nia (Purpose):

This article was sparked when I was reviewing one of my old videos. During the time I was thinking heavily about the plight of our people, and some of the road blocks that are in the way of us making progress. I remember that in all my time working in the community I have always heard about the plight of the Black man. I have seen millions of dollars in my lifetime, and have been paid thousands of dollars to work with Black Men & Boys. I had to step back and ask myself the question: what about Black women and girls. To my knowledge there has been no major funding or pushes to reach out and save her. Being a Gye-Nyame Man and being taught and teaching others to ask questions, I had to ask this question. I know that this is going to rub many the wrong way but, when my enemy is investing heavily into something I have to look ask why.

In our culture women are very important. We can find African societies that are matrilineal and in fact have been matrilineal prior to our clash with central and west asians. For us to elevate the plight of Black men without really looking at the driving force of our culture is a mistake. Women have always been at the center, and I believe the way the woman goes so does the culture. So if we neglect the Black woman and allow her to be pigeonholed into the roles that this society dictates we are doomed. Just think about it.... You don't have to agree, but please realize that life comes through her, she is the first teacher, she is the motivation for family, and if we jump past that and view the world as our enemy, guess who we become, and what we lose. read the article and let me know what you think...

Why is it that when people think of the Black woman, they usually imagine her as a strong single mother who's always talking loud? Or, they don't have the time to think of her as a person at all, they just see her as a dangerous menace to society. The truth is far more complex: There are so many different kinds of Black women in this world that it would be impossible for someone to truly understand them by just looking at one stereotype or another. But what drives this persistent trope? What's behind our collective fascination with the image of an angry (but somehow still beautiful) Black woman who represents only part—albeit an important part—of reality? We'll explore those questions and more below.

The Black woman is a warrior.

She has been fighting for her community and family since before the days of slavery. The Black woman was not just enslaved, she was also a mother who protected her children from being sold off as slaves, or abused by those in power over them. She taught them how to survive the harshness of their lives through spirituality and social justice movements such as the Underground Railroad. On top of this, she had to deal with issue within her own community as well as external sources like white supremacists who would lynch innocent black people just because they were out at night walking around town doing nothing wrong!

The spirit and resilience of our ancestors are still present today in all women who carry on their legacy. We have seen it time and time again throughout history: black women have always been on the front lines during times when there needs to be change made. They have always been willing to risk everything so our people could gain something better from life. 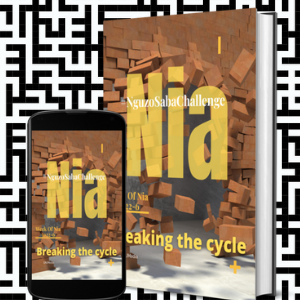 The Black woman is the keeper of African culture.

She is the creator of life, the nurturer and guide for her children, and the foundation upon which many families and communities are built. The Black woman has been conditioned to hate her own kind in an effort to destroy us as a people. We must change this mindset by recognizing that we all bleed red and have similarities that bind us together despite our differences.

If we don't have healthy women then we can't have a healthy culture. Women are first teachers, and if the teacher is sick then the students will be sick. We have a lot of work to do to save ourselves, and a lot of that work will have to start with raising women that understand the importance of culture.

The Black woman is the keeper of the family unit.

The Black woman is the keeper of the family unit. She is the creator of life, and she knows that she must sustain this gift in order to carry on our people. Our women have always been our warriors; they are strong, intelligent and resilient as they resist oppression by any means necessary. They know how to strategize in order to get what they need out of life while also making sure there’s food on the table for their children. The Black woman has made it her duty to preserve African culture through music, dance and fashion — everything from headwraps to dashikis (or kente cloth) can be found in their closets!

The Black woman is a revolutionary force who knows how important it is for her family’s future that she plays an active role in society today so that tomorrow will look brighter for her people.

The Black woman is subjected to deadly propaganda.

As a Black woman, these messages have shaped your psyche and it's time for us to rid ourselves of them once and for all! We need to do this by understanding who we really are and what our true potential is so that we can live up to it without being bogged down by harmful stereotypes or stigmas about who we should be based on our race, gender or sexuality

The plight of the Black woman is one that has been swept under the rug, disregarded and ignored by society. Her contributions to the culture have been reduced to a tokenizing caricature. The Black woman is not only under attack, but she is in grave danger. Black women are leading the fight for justice and equality. It’s time for us to be intentional about dismantling this dangerous propaganda that has led to so much pain and death in our community, starting with our own minds!