Showing posts with the label dream interpretation
Show all 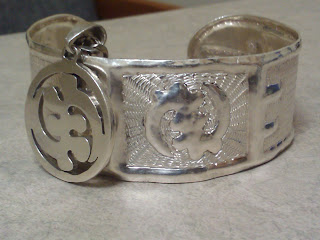 TRAIN SPIRIT & MIND/ TO BUILD A MUCH BETTER LIFE/ SELF IS FOUNDATION/ For those coming to class and for those who are unsure, you can keep up with what will be happening by tuning in to the Journey blog. before each session I will lay down what we will attempt to cover. The class will follow the axe' or vibe of the class so that i can make sure that everyone gets what it is they need. The rule of the training is that you will get as much as you invest in the class. the requirement for the class is the books if you buy them from me at the class i will let them go for $30 for all three. You can also order them off the internet. just look on the rightside of the blog click on book and purchase. This Sunday we will cover: Gye-Nyame meditation basics we will explore the Self and discuss the difference between the self and the Self. we will discuss mastery and what we need to work to mastering in our live introduction to books, and read and discuss intro in all 3 books que
Post a Comment
Read more

Image via Wikipedia Chapter 6 I have completed basic training and was assigned to work in Brother’s where I first met Simba . I also have been assigned to the male house where my training continued, but seems less intense. Every now and then I see Simba, but he has been traveling a lot lately. I work all day in the kitchen with four other brothers and two beautiful sisters. All are nation builders. Two belong to Gye Nyame House, and the other 4 belong to the House of MChugangi. “Peace my name is Jay Kwabena.” Since I was the new face, I thought it would be proper for me to break the ice. “Peace god”, one of the brothers said with a smile. “ I am Kofi, also known as David . What house do you belong to?” “Im Gye-Nyame.” “Um, I am MChugangi, and that is Leroy he also Kwabena. He’s MChugangi. The two sisters are Jasmine, and Zendria. They also are MChugangi as well.” “How about the other two brothers?” “That is Siles and Wise of Gye-Nyame.” “Cool….nice meeting of you.” I b
Post a Comment
Read more

Image via Wikipedia Recieving visions/ from dedicated mission/ teaching by doing/ After years of dedication to her tasked. the Elder received a visit from the Spirit realm . her Ancestors through the power of the Creator came to her while asleep. Her deceased grandmother took the lead role because she would recognize her. Our Elder was amazed at the Axe' of this being it flowed around her and through her grandmother. It Shined so bright that the Elder had to cover her eyes. The ancestor then announced to the Elder that she was there to answer her question and show her the key to righting things in the world again. the Ancestor embraced the elder and took her first to see what the ancestor called a community in hell.  When they arrived the place was in total disaray. trash littered the area, nothing appeared to be taking care of. The community of adults and children sat at a gigantic round table and you could hear the arguing, and disrespect taking place. Youth did not
Post a Comment
Read more

Image via Wikipedia Have you ever dreamed/ About something so long that/ You thought it was real/ I just woke up from a dream that my mom bought my dream house. Actually this was about the third time I had this dream. She walked me through showing me all the work that needed to be done. I followed quietly, but as she was showing me the rooms that still needed work I shared with her the fact it was a house that I had my eye on for awhile. I described to her what I what I had planned to do with the gigantic old mansion. She listened and told me to come back tomorrow so that we could talk about the possibilities. I woke up from the dream and tried to remember where this house was in reality, and realized that I dreamed the house up. Which means that this old mansion that I had been pineing for over the last 15 years is not in the world it is in me. I was shocked because i have been dreaming and praying that this house would not be sold. I have run through the house toured the house an
2 comments
Read more
More posts