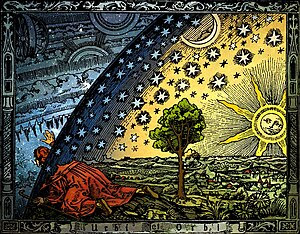 Image via Wikipedia
Whispering begins/
Then they hide reality/
Next they steal your time/
Ha2ku by ha2tim
When i challenged myself to write a blog a day i didn't know where the topics would come from. By dedicating myself to my writing i have been paying more attention to everything that happens around me. This has helped me with my spiritual practice as well because i have to do something out side of my comfort zone for at least 30 days. My ancestors state "that wisdom can be found even around the washing stone", and i get to witness this for myself on a daily basis as a SelfMastery™Coach. What i have found out is that listening is the most important part of coaching. Many people who work in this field feel that they have the answer,but the fact of the matter is that all the answer lie in each of us. We just need to be reminded, how to plug in.
Each day i send out proverbs and these same proverbs i use to work with those interested in SelfMastery™. I challenge them to define them (proverbs), discuss them, and then talk about how applying them could help in their life. This process give people the opportunity to contemplate a different way of thinking and living. In a discussion today about a Kenyan proverb i had one of those moments with someone that makes what I do worth it. The proverb (look at Ha2ku) "whispering will be followed by hiding, then stealing", was one of those proverbs of the day. I had done my contemplating in the morning and had been thinking about the proverbs all day. I met with someone who was also working on the proverb and he looked at me and began explaining it to me. First he broke down "whispering "by saying that people will always hate, but it becomes dangerous when it is in your own camp. I then asked him "what would they hide from you", he hesitated and looked me dead in my eyes and stated "reality". I asked him to explain. He stated that "when you are walking down a certain path (doing wrong is what he called it)you never want to walk alone. So you find ways to hide reality from those walking with you. You work to keep them blind to whats real". After that he explained this part i was amazed at how profound this young man's statement was. I had to write it down for later. I then asked him what do they "steal" from you . He began to think about the answer and said that "we steal the solutions and time from each other".
This young man amazed me with his insight and unlocked one dimension in a ancient proverb for me. The question I was left with after talking with this young teacher (he just don't know it yet) was how  have I been hiding reality from myself. How was i stealing time and robbing myself of the solutions. Then i had to take his definition a little bit farther and ask how has this society i live in been whispering, hiding reality, stealing my time and robbing me of solutions. The questions you need to ask yourself are the same. "Wisdom from the mouth of babes".
Brother Ha2tim
Self Mastery Coach
Nation Builder
Urban Shaman 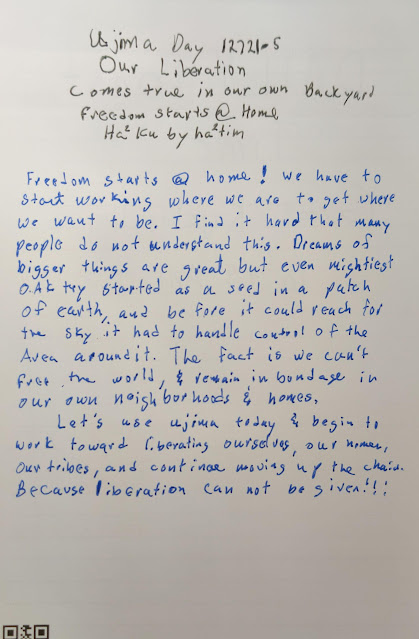