I was inspired to write this piece from a few conversation that I had with some young men in my life. As usual I sent out my daily quote, and in doing my SelfMastery work was forced to deal with some tough questions. For some reason people got stuck on the quote that I sent out on this day. It was a statement that Napoleon had made about fear. It seemed that the young men especially could not work this one out,but that gave me the opportunity to ask them and myself questions about the underlying meaning of the quote:
"He who fears being conquered is sure to face failure"

This lead into several enlightening conversations that I could not wait to get out and blog about. They also inspired me to write several Ha2ku's. Out of the conversation for basic steps came out for livng in "knowing" (I will discuss later). I started thinking about times that we are living in, and the term age came into my my mind. The age that we are leaving is Pisces which was based on belief, and we are now entering the age of Aquarius which is the age of knowing. This age will rewards those that know. Knowing will be the most potent force of this time. In the last age belief was rewarded because we needed to deal with the unseen and unknown forces. That belief was rewarded by us being given the means to see and have a basic understanding of these forces (science is now confirming spiritual wisdom). Now the power will begin to shift to those who strive to know and understand these forces of the universe rather than just believe in them. Belief is powerful, but there is one thing that most people dont really deal with when we discuss belief. In order for belief to exist there must be doubt, and in a information age a little doubt can be very dangerous. "The Doubt" that we use to be able to hide and fight back with prayer can now be manipulated and in some cases grown to a point (through the Media for example) where it destroys the belief we once had. In this age we need to KNOW, because knowing does not allow doubt in.

Later on this week we will discus the four lessons that was inspired by my conversation. So come back to Gye-Nyame Journey for the rest. See you soon..
peace
1hundredyears 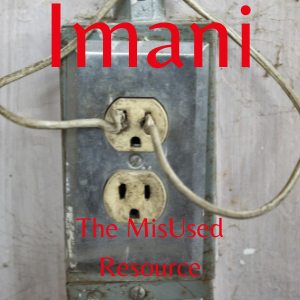 The MisUsed Resource Great Imani: We have hit the final day of Ujamaa and it has been an exciting and trying week, but we have made it and we will continue building in the weeks to come. I once again want to stress my Gratitude ( the M-7 principle for the principle of Ujamaa) for those that take the time out of their busy schedule to read these blogs. I know that time is precious so I will continue to bring content that you can use as well as think about. I have to always remember as well as you do,  that the goal should be to always bring as much value as possible. Since we are striving to free ourselves first internally then manifest that in the world, I want to look at the misused power of Imani. Imani is the principle that talks about  Faith , Belief, and Trust. These are principles that have rode with our people and boosted us up when we needed it. Now is the time for us to talk about this resource and how it is being misused and possibly how we can direct it toward helping us
Read more