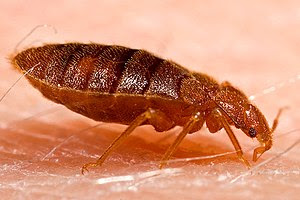 Image via Wikipedia
Ailments that were dead/
Now haunt and threaten cities/
Who released these plagues?/

I just recieved a letter from my sons school warning me about whopping Cough. I was watching the news and heard words like Polio, and measels. The word on the street is that Bedbugs are running New York city, and may become the state mascot. I thought that these ailments and critters were dead and gone. How did they come back on the seen. Think about this with me please, Bedbugs have not been an issue in USA since WW2. All of the sudden they are a major issue. Whooping cough was a rs" title="List of childhood diseases and disorders" rel="wikipedia">childhood disease that was all but eradicated, as a matter of fact I have never seen anyone in my life with it. Now I have to worry about my child contracting it.

The key word here is worry, has anyone notice that worry seems to be spreading like a virus. If your not worried about terrorist, then worry about your kids, if not kids, worry about the economy and if not economy then worry about the bugs that attack in the night. Worry, leads us down a path of fear and fear makes it easy for people to be manipulated. I am not a big conspiracy buff, but all these things happening at the same time, makes me wonder. Could some type of manipulation be going on. People are becoming so fearful that they will give up everything to feel safe including there freedom (if you don't believe look at airport security...free feels anyone?). What is sad about this is that no one, and I mean no one can gurantee your safety on this planet. The best you can do is "THE BEST YOU CAN DO". I do the best that I can and leave the worry and the fear where they are. I refuse to be manipulated by fear, and plagued by worry. They produce nothing, but they leach my axe' (life force), make my mind weak, and help me become sick physically.

Today on our Journey lets free ourselves of useless worries and move toward thought out actions. Let's release fear, and embrace love. Let's use these challenging times to forge ourselves into the s/hero, and legends that our great grands (children) will sing about. So crush a bedbug for me.... peace
Brother Ha2tim
SelfMasteryCoach
Nation Builder
HipHop Philosopha & Shaman