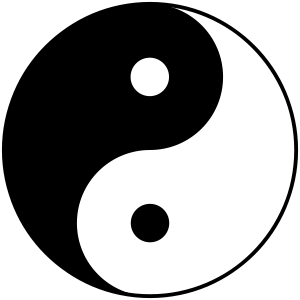 Image via Wikipedia
To be a master/
10000 hours you need/
practicing your skill/
On this journey that many of us boldly walk. We often have to travel alone and this gives us time to take action to get the one thing that many people neglect. This thing is mastery of our chosen skill. In these days mastery is not stressed, we are told that we should be well rounded, and be able to do many things good, rather than focusing our time and effort into one thing. This week during my study I came across a quote that really helped put this Ha2ku into perspective. My whole life I have heard the saying "don't put all your eggs in one basket" I have even given this advice to people I love thinking I was looking out for their best interest. In actuality when we give this advice what do is end up stripping the world of a possible master of a necessary skill. This saying has us submitting ourselves to all types of trainings and classes waisting our time trying to be well rounded so that we can fit in with everyone else around. Those  who pursue this path may be dooming themselves to path of the saying " A Jack of all trades master of none" worst we deprive the world of a master. ( Back to my daily study of quotes and proverbs) I found a quote by Andrew Carnegie that confirmed what came to me earlier this week ,he stated "put all your eggs in one basket and watch that basket". This flips the conventional wisdom on its head. It also promotes thought that help people get unstuck in their lives. Those of you that have chosen to begin your journey seek mastery. Developing your skills will always pay for itself. Just learn to look at each our, each mistake is an investment in yourself.

Why am I stuck on mastery today. It is because I am truly seeing a lack of masters. For me Masters bring a balance to society by setting an example of dedication to their craft that speaks to our young people. They also present opportunities for others to seek mastery by becoming an apprentice. The apprenticeship tradition has vanished here, and I think that we need to begin to bring it back. Mastery also motivates adults to push to something beyond themselves. It appears to me that we have built a society that rewards mediocrity and have stopped pushing our young people or better yet luring  them  toward mastery. I firmly believe that when young people are given " the lure to mastery" we don't have worry about many of the issues that we are dealing with. When we build masters we invest in the future of our society.

Now lets look at this number 10000. This number came to me in 3 ways. a few years ago i was listening to one of my wise elders give a young man advice about his career choice. this elder listened very closely to what this young man said and he then told the young man  " It is good that you have decided on what it is that you want to do in life, my suggestion to you is to get involved with (that field of work) and make your first 10000 mistakes as soon as you can". I later approached the elder and asked him why would he tell a young man to make 10000 mistakes. The elder stated that 10000 mistakes is what it would take for anyone in any field to become the best at what they did. The next time i heard this number 10000 was in a recent discussion with one of my brother's who stated that his research had revealed that it takes 10000 hours in a field to become proficient at that skill. He then followed up the statement with examples of individuals who were at  top of their fields and traced their success back to the 10000 hours of practice. The Third place i ran into the number 10000 which predated these first 2 encounters was the first time I picked up the Tao Te Ching. In their there was verse 42 that states: ﻿

The Tao begot one.

When I look at the number I see the power to generate. we all know that their are way more things in the Universe than10000, but that number is a good number to wrap your mind around. In being able to wrap our mind around it we can open up to the infinite possibilities it opens for us. To make a long blog short and not get into the numerology of the number it is easy to see that the number 10000 is a good number because it is big enough to keep the mind busy, but small enough to grasp and work with. So for those of you on your journey seek mastery and to achieve it practice practice practice:
Peace & 1hunidyears