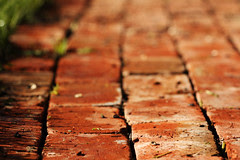 I was talking to one of my client's  and this question came up:

What is the opposite of success?

My client stated "the opposite of success is failure", but as our conversation progressed we both had to re-think this statement. During the SelfMastery process the goal of the coach is to help the student find his own path. In SelfMastery we don't talk about failures we look at feedback. We learn how to look at our outcomes and adjust our actions step by step (waging a Minor Things Campaign) until we get the results we are seeking.  SelfMastery is a Dynamic process that grows with each individual that goes through this process.

I am still in Process myself, traveling this Journey with each of you. Last week during my personal process I was bombarded by quotes and proverbs that all praised Failure. This blew my mind because My whole life I was taught the negatives of failure. This was so ingrained in me that I translated the word Failure into Feedback. I wanted to take this word (failure)out of my mind and life. As I was working with my daily quotes I received a whole series of quotes about the power of Failure. How it is Failure that gives birth to not only success, but even wisdom. Internally I guess I knew this but I gave in to what I was taught. As I did my personal work I  remembered a statement that I read in a book called "Journey to Ixtlan" where the master Don Juan taught his student that "failure was succeeding to stay on the path". I began to recall all of the opportunities that I had missed because I feared rather than embraced failure. By us fearing the process of Failure rather than respecting it, we rob ourselves of the real power of a warrior. As I reviewed my life I could not find one thing I had learned to do that did not start in failure.

So I was taught something once again by a client, and hopefully you have as well. See you soon as we continue our Journey.