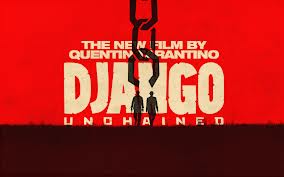 Here is a response to an article that I read about Spike Lee and the Movie "Django Unchained"
The article can be found: Morris W. O'Kelly
This was my first time writting a response on Huffington Post and I was not aware of a word limit, so I figured hey this is a post on my blog. Check it out but first check out the excellent article by Mr. O'Kelly

I was not  aware of all the controversy that surrounded Django, and Spike Lee. I am glad I did not hear about it until after I seen the movie. I do agree with  with Mr. O'Kelly about Spike's commitment to our community, that I feel can not be questioned. All anyone has to do is look at Mr. Lee's track record and see the love affair he has with Black people and our history. By understanding his love affair it makes it easier for others to understand his anger when it comes to Tarantino and his film making.
I have seen many of Tarantino's films, and often wondered why he felt it so necessary to riddle them with the over use of the "N" word. I will not lie I am not offended by it, but I can't help but to wonder why Tarantino likes to push the envelope.  Then I looked at what I am doing.... "responding"....... Tarantino is a business man who has figured out how to cash in on the "N" word, like many of the rappers. As long as its use keeps the public eye he will use it, as long as the box office continues to have patrons willing to fill the seats he will use it, and as long as he receives financing for his movies he will use it.
Now Spike Lee has taken it upon himself to fight this battle, and being an artist working in that medium that is what he is supposed to do, but for the public to insult him for doing "what he is supposed to do" is wrong. Spike Lee can only make comments and sometimes in doing so he gives fuel to the very thing that he is trying to stop. Ultimately the decision comes down to the individual ticket buyer, if you don't like Tarantino don't go to his movies, stop talking about his movies, and focus your energy on something else.
I personally believe that there is a need for more movies dealing with slavery, only in hopes that it will force this nation to deal with it's past. There has been absolutely no discussion about this era of America's history nor the beliefs that drove it, in our public life or in mass media. Now who these movies and /or TV shows are written, produced, and financed by ultimately is our decision. If  people want to finance Spike to do a realistic movie about slavery it can be done (just start a KickStart project), or we can wait until the next tourist of our culture feels comfortable to do it, and be upset when it hit the shelves.