Be Careful Of Your Genie 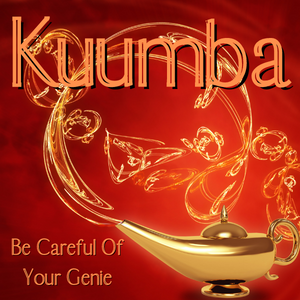 Be Careful Of Your Genie

As usual the week is zooming past, as the saying goes time waits for no one including us here in Gye-Nyame Journey. We have made it to Kuumba and we get a chance to take a deep dive into the principle and discuss the use of it and the impact on our lives. I just want to stress the fact to the reader that Kuumba is a principle that you can not escape, and if you don’t use it to improve your life the world will use it to make others lives better, and make your existence a nightmare. Kuumba must be used and the children that it spawns must be cared for, protected and raised, if not then an outsider may recognize what we got and move in and take it over.

When I think about Kuumba I have to flash back to a folktale that we covered in our daily folktales. I can’t remember the title but the story goes:

“A man approached a great forest and asked if he could have some wood for a project that he was working on. The great trees of the forest did not see this outsider as a threat and gave permission, but he must get his wood from the young saplings. The man did as he was told and grabbed a few young saplings and formed one of them into an axe handle that he used to cut down the giant trees.”

There is also a proverb that fits this idea of Kuumba that states “If a child can not feel the warmth of love from the village she/he will burn it down with hate”. Both of these have been ha2timized but the idea is clear. If we don’t take care of our creations when they are young they will return to us and destroy all that we have built. A prime example that I want to point out that happened in my lifetime, was the birth of Hip-Hop. When Hip-Hop hit the scene many of the elders did not understand. They knew that it was created by us, but there was very little support for it from the older generation, and many of us young people were encouraged to abandon it. We were told it was silly, a kids fad, that would fade in 5 years or less. We were told that there was no value, even though it was changing us and changing how we saw the world. Regardless what arm of Hip-Hop we went to and regardless how much fun, and amazing things that we could do many of our elders shunned it and withheld any type of support. Many even responded angrily, and went to war with it. But this child grew, and was adopted by others, and now part of Hip-Hop has been turned on the village and is cutting down the old forest. It has returned and because it could not receive the warmth of our love it is now burning down the village in the form of rap.

Kuumba is a responsibility that we have to take seriously, and we have to train ourselves to use it properly. Many of us are creating our own tragedies and are not aware of it. We think it is the outside world, but it is our lack of understanding our power. We speak and act as if what we do or say does not matter but we end up creating havoc. When dealing with Kuumba we have to begin to practice sitting still, and control our 5 parts of being. We need to direct our Kuumba in the creation of “The Best Life” rather than allowing it to roam free. We also have to be willing to take the time to nurture the things and ideas we create.

As we stated in the earlier weeks of this series it is Kuumba that connects us directly to the creator. We have the ability to bring something out of nothing and make it real. We just have to cultivate patience, and the Kujichagulia to see it through. Many want everything to happen now, but  we don’t realize that Kuumba works through a process. This is why we inspire everyone to set up a system where you take the time to go through each of the principles in order, so that you are creating on purpose (Nia) rather than by accident. You are setting up your intention and building toward them.

At first staying on top of your Kuumba is hard but the more you practice (Imani) the easier it becomes. Our Kuumba needs to be like a genie that we call to us when we want to create. In fact the genie story is a perfect metaphor for us to jump into for a few lines. The story of the genie teaches us that genies hated men, but because of a curse placed on them by Solomon they were bound to serve the one that set them free. The only obstacle that stood before the lord of the genie was that the genie would be free upon his death, but the genie could not be the direct cause of his death. So the genie would give the master all that she/he asked for exactly as they asked for it. This meant that for the man to survive he would have to be wise in how he asked the genie to fulfill the wish.  You my friend have to be the same way with your Kuumba! No, your Kuumba does not want to kill you but it will fulfill your wishes exactly as you asked for it. So the challenge for you Young Wannabe is to master your Kuumba, and be clear with your instruction. Be sure to set up your personal and group systems so that you can guide, and nurture your creations.

I will see you tomorrow!!!