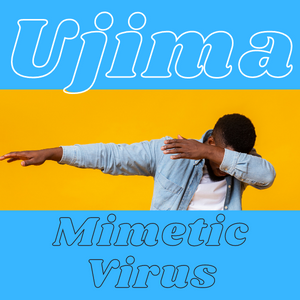 I thought that reviewing this video as well as creating this article fit the theme of the day. Memes are a double edged sword that can be used to help us in our proces, but just like any other tool if it is used incorrectly it can cause a lot of damage. In the article I do not focus on ways that we can use memes to build, I focused on how the virus can do damage because we have many ideas that we have to cure ourselves of before we can move forward. Checkout the article and let us know what you think. Also be sure to sign up for our email list or take our seven day free ecourse. We need to get some healthy memes out here that will work for us rather than hold us hostage and impoverished. GNJ Free ecourse and email list

There's a theory about human psychology that says we're all under the influence of invisible ideas—and some of these ideas can be dangerous.

The idea of mimetic viruses (or memes) comes from French anthropologist Marcel Mauss, who coined the term in his essay The Gift. It refers to how some ideas are so contagious that they spread throughout entire cultures and cause systemic problems like nationalism, racism and sexism. Mauss believed that these dangerous ideas could infect people's minds like a computer virus; we're not aware of them because they're invisible, but their effects are real nonetheless.

The purpose of this article is to make you aware of the possibility of mimetic viruses so that you'll start looking out for them in your life, and hopefully avoid getting caught up in them yourself!

We're all influenced by others.

We're all influenced by others. It's a fact of human nature that we imitate others' behavior, and it's an essential part of our learning process.

But there are some who should be careful about how much they let their behavior be shaped by other people. If you're one of these people, you may have a mimetic virus in your system: a belief that the way to achieve success is through imitation rather than original thinking.

The most important lesson we can learn from these examples is that ideas are contagious. They can spread from person to person, and they have the capacity to change the way we see the world. This is why it’s important that we approach new ideas with caution: because sometimes an idea can be so powerful that it disrupts your entire worldview—and you might not even realize it until after the damage is done.

The mimetic virus has existed throughout history, but in modern times there are no more questions about its existence or nature. The virus has evolved into something new, something different than what was known before; like a parasite adapting to its host environment over time, this virus has adapted itself as well (or perhaps vice versa).

Some ideas can be powerful enough to change how we see the world.

The mimetic virus is a powerful idea. It can change how you see the world.

What's more, it's contagious: once you're infected with it, you may find yourself spreading it like wildfire to others around you. Some ideas are so powerful that they can change how we see the world...

The mimetic virus is a theory that some ideas can be so powerful that they basically infect our minds like a computer virus.

The mimetic virus is a theory that some ideas can be so powerful that they basically infect our minds like a computer virus. It’s named after the Greek god of imitation and sensation, Pan. The idea was proposed by French philosopher Gilles Deleuze in his book Difference and Repetition (1968). He argues that some ideas are so powerful that they replicate and spread through humans, who then imitate them—and in doing so become infected with the same thought or idea. This can take on many forms:

Mimetic viruses can spread throughout an entire culture and
cause systemic problems in society.

Mimetic viruses can spread like a disease, they are invisible and they can cause systemic problems in society. Mimetic viruses include economic mimetics, political ones, religious ones; you get the idea.

The most dangerous mimetic viruses are the economic ones, i.e., the ones that encourage us to get mired in consumerism or value monetary success above all else; these are also likely to be invisible.

The most dangerous mimetic viruses are the economic ones, i.e., the ones that encourage us to get mired in consumerism or value monetary success above all else; these are also likely to be invisible. They can be very difficult to detect. The best way to spot them is by identifying some of their symptoms:

Some of the most common mimetic viruses include nationalism, racism, sexism and homophobia.

The purpose of this article is to make you aware of the possibility of mimetic viruses so that you'll start looking out for them in your life, and hopefully avoid getting caught up in them yourself.

The purpose of this article is to make you aware of the possibility of mimetic viruses so that you'll start looking out for them in your life, and hopefully avoid getting caught up in them yourself.

Mimetic viruses are a powerful and invisible force that can have a profound effect on your life. They often go unnoticed by most people because they're so subtle and latent, but they still affect everything we do every day—from how we think about ourselves and our relationships with other people all the way down to what brand of toothpaste we use. And if someone else happens to be infected with one too? Well then things get even worse!

To protect yourself from mimetic viruses it's important to understand their structure, development process and viral methodology. I hope this article will help you begin thinking critically about ideas around you—because these days it seems like everyone has one!

I hope this has been an eye-opening article for you. If it's not possible to avoid mimetic viruses, then we have to be aware of them so that we can at least try to combat them as best we can. The more aware we are of these invisible ideas in society, the better off we'll be.