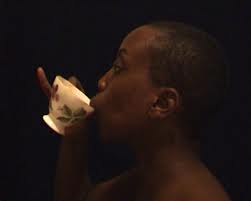 The concept of Grace has weighed heavily on my mind as of late. I was shocked at the power of this simple principle as I looked into it. I was truly acquainted with Grace as I put together the Millennium 7. I had to find a few new principles to use for a character building curriculum that I was putting together for young people.  I first had to research and replace some of the principles that I had always used. This is when I ran into the principle of gratitude. I placed it among many of the principles that I had used from the Nguzo Saba and replaced cooperative economics. I figured Gratitude would be a good replacement for it, and that I would be able to use the basic lessons that I had used for cooperative economics. I began my research and was amazed at where it took me. I began by breaking down the word gratitude and found that it lead to the word grateful. Both of these words meant being thankful. Grateful lead me to the word gracious, which was basically a thankful attitude, a state of being thankful. When i then took a deeper look at gracious I reflected on my old Spanish lesson and found the word gracias           (which basically means thank you) and these two words led me to the word Grace. Grace unlike the other words she mother did not mean thank you but had a meaning that would generate several exercises and a realization for me. Grace was defined as "a undeserved favor". Rather than grace being about giving thanks it turned out to be something that you should be thankful for. Grace is a gratitude generator. Now the first step for me was to think about some undeserved favors I had received in my life, and I began to be amazed by all of the occurrences of undeserved favors that began to reveal themselves. I discovered that by looking at this "favors" in my own life a flood of gratitude began to flow over me.

I had believed for a long time that my success and all of my future success rested on my work as an individual, but what the concept of Grace demonstrates for those willing to look is the fact that you have not done anything alone. When you take time and find those undeserved favors in your life you know that there is some Higher Power, or something bigger than yourself working in the Universe. After this realization you can not help but to feel gratitude for all that you have. Graces flow into our lives everyday we just have to open our eyes to see them, and the only thing we have to do to keep them flowing is to show gratitude. This is true power, because by looking for the grace in the moment you don't have time to focus on the negative that this world has to send your way. Grace also has another aspect that grants you more power and guarantees the flow of more of this energy into your life. You have the power to bestow grace on others, and it does not cost you dime, and it does not require a lot of time. It requires you only to show love to other beings. When you share a grace, you open up your heart to receive more grace into your life. This is a commodity that only grows when you share it.
When you begin to participate in this process you begin to realize the importance of the now and begin to take things for granted. You begin to realize the small graces that you receive, and since you are open to the fact that a grace can enter into your life at any time in any way you begin to refuse to take the world around you for granted. you pay attention more to the things and people around you more. You begin a new life because you see things in a totally different way. Finding a penny on the ground is no longer just finding a penny on the ground. It become one link in a chain of events that lead all the way to you receiving a Grace in the form of a penny. That penny has traveled thousand of miles and millions of years to fall onto your path and when you neglect the amount of time and effort that went into putting this penny in your path you turn away other Graces that may be heading your way. By embracing the principle of Grace you learn to look at all situations differently, negative events lose their sting because you are awake now and you learn to look at them for what they are  "opportunities", our ancestors was trying to point this out to us throughout the ages. A person that lives with gratitude, and is participating in the cycle of grace, has the master key of alchemy and is able to transform base events into golden moments. They see beyond what is happening and looks for the kernel of grace that lies at the center of all events. In all events Grace awaits the attuned mind.
grace gratefulness gratitude growth nguzo saba personal growth principles spiritual development