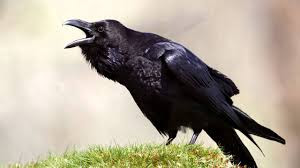 I know that some will not even read this post, and I understand. It is hard to be hit by the truth. Some will argue before and may even throw insults, and  I understand that as well. For those that will take the time to read what I am trying to say I thank you in advance. This idea was spawned as I was going threw Aesop fables. Aesop dropped some powerful wisdom for those with "Ears to hear, and eyes to see". Aesop had quite a few fables about animals that had an identity crisis. A powerful example of this is the story entitled "The Raven and the Swan" (check out the story on my YouTube Channel, and push that Subscribe as well).
I believe that most people do not know where or when they are.
Let me explain, Black Women we are in the heart of a western imperialistic system. At this point and time we are at the height of this systems power. The idea that keeps this system in motion are and were generated in the minds of white men, and given birth out of the womb of white women. This western mindstate, that some call white supremacy (I prefer to call it a white inferiority complex), has spawned a view of the world that puts them at the top. To stay at the top, they have to be the authority. They set the value of things and people. They define the reality that everyone exist in. They set the standards, and developed a system to perpetuate their ideas. The one thing that all their ideas have in common is that the universe must bow to them and reveal it's secrets. They have put themselves at the center, and their belief system informs them that they are at the peak of evolution, and that all things, even other human beings fall beneath them.
When it comes to femininity and beauty the pinnacle of this is in the white woman. All other fall short in their mind. So far Black Women to want to participate in the rigged competition of being more beautiful or more feminine than a white woman in this system is a moot point. Once again the game is rigged, so no matter how light you become, no matter how many wigs, extensions or perms you get, or even how many contact lenses with pretty colors you have, you can't win. The only solution is to stop playing. Start embracing who you are. Stop trying to fit in to a standard of beauty that is destroying you.
You are the raven in the story. The raven in her world was beautiful. The raven served a divine purpose as a raven, but when she decide to become a swan, she died. Because she was not designed to do what swans do. You were not designed to be a white woman. You were not designed to fit into their ideas of femininity. You are driving yourself and your kids crazy trying to be what you are not. Take time to embrace who you are and the world will once again follow you.