The Blessing In Being Stuck 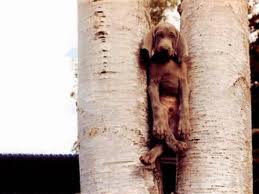 In each of our lives we reach a point where it feels as if we are stuck, and no matter what we do we cant seem to move forward. It is at these times we may need to slow down, and even stop struggling. I have found that the more we struggle at these times the worse we get entangled in life's net. Just stop and take some time to rest and to gain some perspective. At these times the universe may be trying to talk with us but because we are so busy trying to stay moving we cant hear.
We have been taught that it is our duty to keep moving and never stop. If you are sick so what "get up and go to work" because we believe that our job needs us or that we will be fired. If you are stuck on a project keeping beating yourself over the head until a new idea comes forth. We have heard the stories of those who have pushed through major obstacles and now the world sing their praise, and we may want to be just like them. Because many of us feel that success is purely connected to our will power we think that if we bang our heads long enough something will come. You are correct something will come and its called a concussion. Whether we get one physically, mentally, or spiritually they all are bad.
Just stop for a few moments, few days or maybe a few weeks and try to hear what your Creator is trying to say to you. The blessing in being stuck is that we get to look at where we are coming from and to where we want to go. The important thing that should pop up for those on the Journey is that also helps you clarify why you are on this road in the first place. When we look back we can see that our Creator, Higher Power, Universe or what ever you chose to call on has not failed you yet. This helps you build some optimism rather than the despair that comes in these moments.
A vital secret that is with held from the public in the legend making process of modern day heroes is that their greatest break through came at points where they felt stuck. Whether it was with an invention, a new idea, or a project, and unlike the myth of rugged individualism these individual had to take some time to rest in the problem (stuck point) and from that moment came the insight that they needed. For example when George Washington Carver one of the greatest inventors ever to come out of America was stuck. He would take a walk in the woods and rest in his stuck point and allow his mind to wander, and maybe through a flash of insight or a dream the answer that would get him unstuck would materialize. It is reported that when Einstein was stuck when creating the equation that changed the 20th century, the insight came when he got on a train and allowed his mind take a break and a flash of insight hit him and from this insight he received the information that he needed to create his world famous equation.
That's just 2 individuals how many great thinkers and doers learned to rest in the "stuck moments" and from those moments gave birth to achievements that changed the world.
So if you are stuck get some perspective and wait for your blessing to arrive because it is on its way. Look up Imani principle in " the Player's Pyramid" for more insight.
Nuff said
Peace & 1hunidyears
albert einstein being stuck blessing creative thinking fear george washington carver inspiration inspirational messages inspirational thoughts spiritual growth spiritual inspiration