That's right I'm packing up some of my content and moving over to the BlaqSpot. Finally I have a spot made for us by us, and I am going to take full advantage. I'm planning to run adds, and introduce new products over there as well. Of course I will keep my territory out here, but I will be doing some real Culture Building on safe ground. Hopefully many of you will come and visit so that you can get some exclusive stuff. I wonder how many people over there will be willing to take the 21 Day Nguzo Saba Challenge. I thought about building a network but the amount of work and skill it would take to get something like that working and keep it working was beyond me. So I salute the brothers and sisters that spearheaded this project. 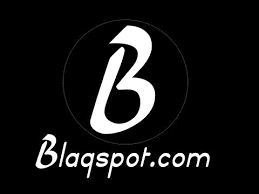 Now here is where I'm going to loose many of you, BlaqSpot is not free. Now listen before you take your eyes off  the page, If we want to build we have to pay. Freedom has never been free, nor can it be handed to you. Freedom has to be bought sometimes with money, sometimes with struggle, but most of the time with blood. We say we want to change the world but we want someone else to pay for it. Family any change that is coming for you or your children will be hard earned. Let's also look at the fact that BlaqSpot is playing catch up and still needs to make major investments to be viable in the market. The fact for me is that I would have been wasting that money on something else any way, so why not pay to help someone build something that we need anyway.
We need our own space where we can talk freely post up cultural relevant information and etc.. This for me is worth paying for, because it adds value to me and my content. First I don't have to compete with all the other noise that is popping up on the larger sites, and second I know that if it gets crazy it will be easier for me to get it handled. I hear Black folks constantly talk about consciousness and Nation Building, both of these require sacrifice and both need their own territory. BlaqSpot is our territory out of which we can do some serious building.
What is even doper (is that a word?) is that my man built in away that users of the site can make money. Now that is not a reason to go to BlaqSpot, but it is a good idea. Hell I been bragging and using  google products and  FB pages and I am not getting a dime (I might be making a dime a month) . Here on BlaqSpot I am able to share in the success, and so are you, but I am not counting on that. I am a builder and I will parlay this success into some success of my own. So hopefully by now you have clicked one of the links that I have provided and you are now friending me on the other side. The Internet is where the next wealth grab will take place so FAM you need to get ready.
Posted by ha2tim at 5/18/2017 08:00:00 PM