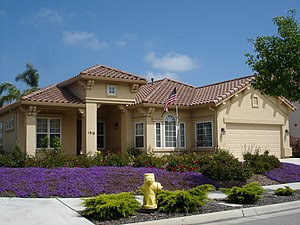 Image via Wikipedia
Chapter 8
When I made it to the Men’s House, it was time for workout. Every morning we are up for prayer, meditation, and workout. This morning Silace was leading workout. He had been in the Club four years and made it to the level of Royal. He was reaching for his promotion to Grand. He still lived in the Men’s house to save his money, for what I don’t know. He was upset with me for coming in late. We worked  out and ran 3 miles. After the workout everyone came in prepared for day and left. I waited for everyone to leave before I packed up my few belongings to keep questions down. At 7:55 Malik pulled up in a black Benz. I was waiting on the front porch. I was going to miss the house. I had spent the last six months communing with brothers from Gye-Nyame House. We did everything together, I finally found a home where I could call home and I was leaving it for what I had no idea. The best part of the Men’s House was the it was safe. I never had to worry about opposition in the house or outside because we took care of each other.
“Little Brother are you ready to go?”
“Yes Big Bra.”
“Don’t worry. You are going to a place that will provide you with the same type of fellowship.”
He said this out the blue, like he was reading my mind. He must have notice the look on my face when he said this.
“We all go through the same thing when we have to leave the Men’s House. When I received my promotion an earned my own space, I felt the same way. Some brothers decide to stay in the Men’s House for years but you can’t because your new future requires you to be with Simba at all times.”
I put my things in the car, and we left. I took my last look at the house ready for what ever was to come.
“You know I was real proud of you the day you graduated. You took everything I threw at you like a true warrior. “
“I learned to never give up early in life.”
“Well that lesson served you well.”
“I’m in charge of training and security in Columbus. You can say that in this city I am Simba’s Flail.
“Flail, what’s that?”
“The Pharaoh of Ancient Kemet had two objects in his hand. A flail in the right and a crook in the left. These were shepherd tools which were used to herd the flock. The crook is shaped like a hook to bring in the wayward sheep gently. The flail is used to discipline the sheep and to beat the enemies of the flock. I discipline and protect our flock in this city.”
“Oh, that’s interesting.”
We drove about fifteen minutes and pulled up in a beautiful housing complex. All of the Houses were designed in a similar fashion.  Malik pulled up into a driveway and pulled into a 3 car garage and the door automatically closed behind us.
“This is where you will be staying.”
I was shocked, in the garage it was enough room to live but there was two other cars both 2029 with the works including auto pilot.
“Take your stuff in but don’t get unpacked because you will be leaving again very soon. Someone will show you your room.”
As I walked in the door the whole house was busy. About twenty people were working. Some cleaning others were studying, and a few looked like they were handling business. Malik called one of the brothers , gave then some instructions, and they looked at me and came over.
“Peace Brother Jay¸or do you prefer Kwabena?”
“Jay will be cool.”
“If you pick up your bags and follow me, I will show you to your room.”
I followed him out of the kitchen, and up the stairs. The house was beautiful, and huge. Black marble floors, and black leather furniture. White walls with Gye Nyame Symbols all over. The stairs moved up like a spiral and over looked the living room, and from the balcony you could see the backyard. It seemed like acres and acres of space. Right outside the patio door it was a beautiful garden that was being tended to. We walked down a long hall pass a series of doors and finally stopped.
“This is your room.”
He opened the door for me and I could not believe it. For the first time sense I have been in the organization, I had my own space.
“Brother Jay, Malik told me to tell you not to get too comfortable, but that door is your closet, and that is your half bathroom.”
“Thanks Bra….I didn’t catch your name.”
“It’s Jason, but I prefer to be called Jazz.”
After that he left. I knew Simba had it going on, but I never expected it to be like this. I thought he lived alone “brother”, but I guess I was mistaken. I wasn’t in my room 20 minutes before I received a call on the phone to come down stairs. Feeling confused and lost, I went. People were moving around me as if I didn’t exist. The whole house was like it was alive.