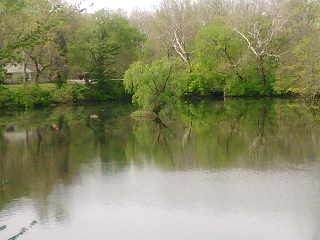 Thank you very much/
For within your behaviors/
Lies a lesson for me/
I have not posted in a while. I don't know if it is because of frustration or just plain laziness. Today the inspiration hit me and I didn't have time to write at work but I felt it was important enough to pen my thoughts on this situation.
Modern tech has made it so easy to share and I have been investing a lot of time on my spreaker station, but this Ha2ku needed to be discussed through the pen or should I say the key board.
While working with young people today I ran into a young man whose behaviors were irrateing me to no end. He couldn't or wouldn't (I don't know which) stop moving or talking with me. He was a case study for persistence. He had it set in his mind that he was going to get what he wanted and started asking me for it over and over and over and over..... hopefully you get the idea.
I noticed my breathing began to shift and became shallow I noticed my body began to heat up, and the words that flowed out of my mouth for him even though he didn't understand what I said was:
"Something in your behaviors is meant to teach me a lesson"
Although I knew he couldn't understand I did. The message was not for him it was for me and the other adults in the room. This young man at this time was my teacher and he was teaching me about patience, and compassion. What became even more apparent was that this teacher was sent to me at the exactly right time. Because he was forcing me to not only deal with him but all the other people in my life at this time who were pulling on my nerves.
In order to get through the day with him in the room I had to change my perception of the events that were unfolding. The same goes for my life. Instead of taking what he was doing personally I had to realize that he was not rebeling against me but all those in authority. When I stopped taking it personally I could deal with him better and was able to calm him down. Now to apply this lesson to my life and to the adults who were doing the same thing. Now, right nowe in my life I have the power to change my perception and not the people around me. Right now I am able practice patience and compassion and make my world a better place.
Nuff said
Peace and 1hunidyears