Aligning Yourself With The Cycles Of Nature

Peace FAM:
Today or should I say yesterday because my post on our site is always one day behind. I started a fast in an attempt to align myself with a cycle that has been adhered to by many, if not all ancient people. For those that do not know I am talking about the solstices and the equinoxes. In particular I am talking about the summer solstice that will taking place on June 20, 2017, which is known as the longest day of the year. I want to discuss with you these "power days", that I believe  can be used to help us update our bodies and help adjust our personal software to get us back in tune with the Universe. I don't want to go to deep on this subject but I want you to know that by learning about some of the larger cycles that we have been made ignorant of, can help us get in tune with our true selves. On the solar calendar the cycle of the sun can be broken down into four parts, and if you want to go deeper we can actually break it down more, but for our purpose we can stick to the 4 parts. The solar year is separated by 2 solstices, and 2 equinoxes. These events break the year down into 4 parts of about 91.25 days ( I did not include the leap years in this calculation). Each of these parts are represented by a season, and the cycle that we are moving into represents the summer period of the year. To go a little deeper into the mythology, this part of the year moves us into the feminine part of the year. That's right the year is broken down also into  masculine and feminine. The feminine part of the year is represented from the summer solstice to the winter solstice, and the masculine part of the year is represented between the winter solstice and the summer solstice. The reason for this is that from the winter season it is said the solar energy begins to rise, and move into prominence, and reaches a peak on the summer solstice, and from that point you can see the decrease of solar energy as the earth moves toward the dark which is associated with the feminine energy, culminating during the winter solstice which is known as the longest night of the year. So we can see a constant ebb and flow between the masculine and feminine energy.
Enough of that I am suggesting that by us forming some type of personal ritual on these days will help us align with the universal principles that we strive to practice everyday. I personally will be fasting 6-20 through 6-23. This is my personal ritual in which I will be attempting to align my self with this mighty cycle, that has shaped civilization. I figure by do this on each of these special days to recognize the change of the season and the position of the Earth I am plugging into something bigger than myself, and something that has been around a lot longer than I have. During this time I will personal focus on the four needs, the 5 parts of my being, the 6 emotions, and the 7 principles.
I am choosing to do a session focusing on this event because I figure for those of you having problems with fasting, by aligning your personal sacrifice with something bigger will help you complete your task. I could get into some of the mythology that was formed from these days but I will leave that for you to research. my goal today is to give you another toll that you can use to help you meet some of your goals. I promise I will being going more in depth in time, we will discuss feminine and masculine energy and how we can work with it. We will discuss the phases of the moon and how we can align ourselves with it as well. The idea of plugging into these cycles might scare many of you but the one thought that I will leave you with is this. The sun and the moon both have massive effects upon our lives and the world we live in. We know that both of these massive bodies not only effect the planet but effect our very biology. The sun is something that we really on everyday for our existence. Every time that you eat food in some form or fashion you are taking in converted solar energy. The moon effects all bodies of water on the earth including the 70% of your physical body that is water, and if you are female we already know that the effects the flow of menstruation. So why night align some of our personal and tribal SelfMastery practises to these to stellar objects, and major events that surround them.
Nuff said
Checkout the video and let me know what you think
If you are not already plugged into the 21 Day Nguzo Saba Challenge, please join in. It is free and it will help you move into your personal power, our at least give you a glimpse.
Let's build!!!


Here is some African bitters, it may be cheaper for you to find them at a local store i found the same size bottle for $16: 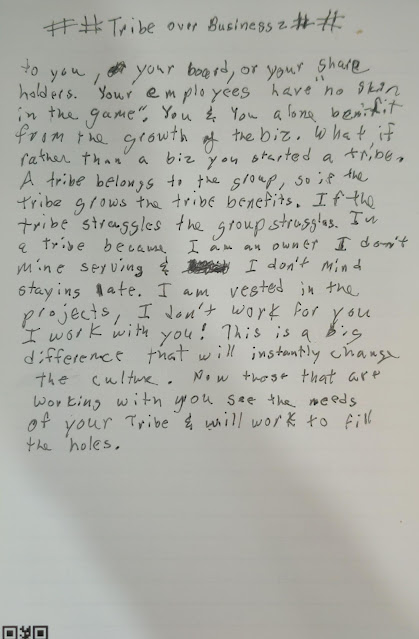